UPDATE 12th MARCH: It's been a huge few weeks for Waverley's Romi Brown, who competed for Australia at the International Gymnix in Montreal, Canada over the weekend. Romi did an amazing job in her first All Around representation of her country, helping Australia to claim the Bronze medal in the team competition! She was the highest ranking Australian after the first three apparatus, although a fall on Beam in the final rotation saw her finish in 18th position overall. Romi's performance on Uneven Bars qualified her through to the individual final, where she finished in 6th place after another assured routine!

Romi's coach, John Hart, is exceptionally proud of the way she has trained and competed over the last few weeks and they are both excited to get back into the gym to start preparing for Victorian and Australian Championships!

UPDATE 28th FEBRUARY: Congratulations to Waverley's Romi Brown who qualified for the Uneven Bars final at the 2019 World Cup in Melbourne on Saturday 23rd February. Romi displayed a clean and confident routine to score 12.500 and finish in 5th place!

On the back of her strong performances at the World Cup, Gymnastics Australian then named Romi on the Australian team to compete at the International Gymnix in Canada from 8th-10th March.

Waverley Gymnastics Centre's Romi Brown has today been announced as one of five gymnasts selected to represent Australia in the Women's Artistic Gymnastics competition at the upcoming Melbourne World Cup!

Romi will be competing on Uneven Bars in her first event for Australia as a Senior International gymnast.

The World Cup will be held from 21st-24th February at Melbourne Arena (formerly Hisense Arena). The Uneven Bars qualification competition will take place on Thursday 21st February. Tickets are available through Ticketek Australia.

Congratulations to Romi, and her coaches John Hart and Georgia Bonora, on this wonderful achievement.

Read the full announcement from Gymnastics Australia by clicking here. 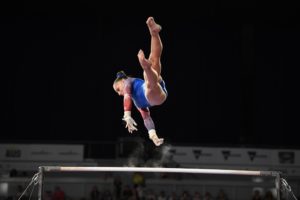 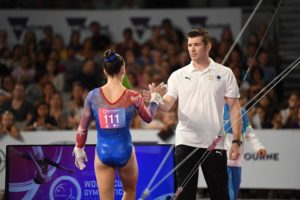