Emily Whitehead began training with head-coach John Hart when she was 10-years-old. This week they head to the 2020 Olympic Games. 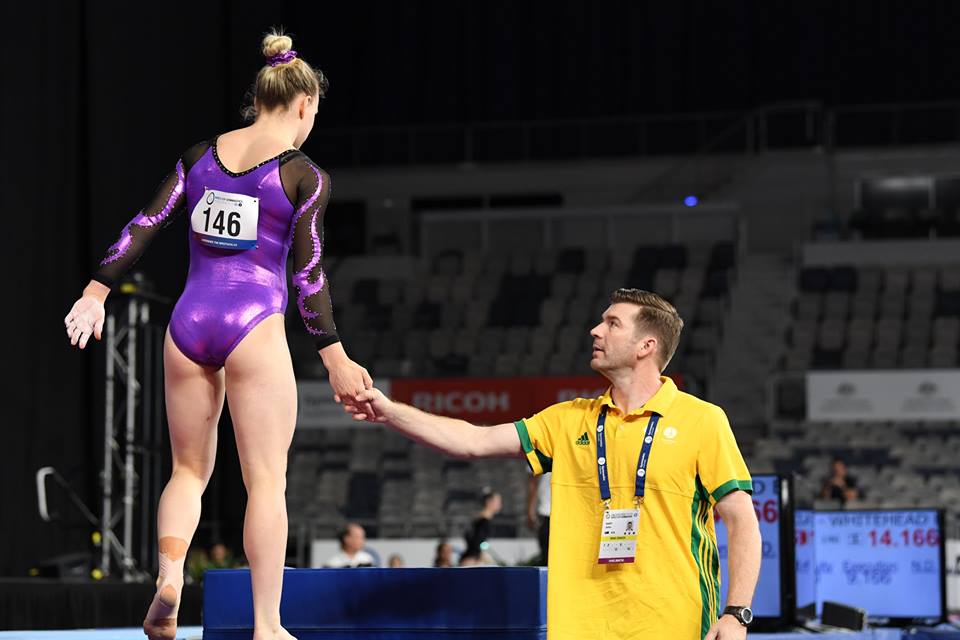 The Waverley Gymnastics Centre duo depart for Tokyo on Saturday after a week of training with the Australian Olympic team at the Australian Institute of Sport in Canberra.

Whitehead, who qualified a nominative berth to the 2020 Olympic Games by winning the all-around title at the Oceania Championships, says its ‘extra special’ to be competing at the Tokyo games with Hart in her corner.

“He’s bought me up to the standards that I’m at,” she said.

“Hand on heart, without him I don’t think I’d still be in gymnastics. Not only is he a great coach, he really cares about me as a person”

Hart is the only women’s artistic gymnastics coach in Australia to have had gymnasts represent Australia at the last four consecutive Olympic Games; 2008 Beijing, 2012 London, 2016 Rio and now 2020 Tokyo with Whitehead. He was awarded Gymnastics Australia High Performance Coach of the Year in 2014 and 2015.

Whitehead joined the Waverley Gymnastics Centre in 2008 developing a foundation for gymnastics from coaches Janie, Yang and Grace during her first three years at the centre. She then began working with Hart in 2011. Since then, she has represented Australia at the 2018 World Championships, taken home a silver medal on Vault at the 2018 Melbourne World Cup, and won two bronze medals at the 2018 Commonwealth Games.

However it has not all been smooth sailing for the 20-year-old.

After dealing with injuries that kept her out of gymnastics for four months, and the impact of a global pandemic, Whitehead was beginning to fall out of love with gymnastics.

She says the support of her long-time coach helped her though the tough period.

“Everyone struggled during Covid, but I had just come back from an injury, and we went into lockdown,” she said.

“I hated the sport and didn’t want to do it anymore. But John was so supportive throughout it all.

“During the trainings he’d know if I needed a session off. He’d tell me it’s okay to do that. He was adaptable to where my headspace was which helped me get through it.”

“I’ve been lucky to work with John for such a long time. The bond between the athlete and coach is quite strong. John knows how I work. I don’t even need to say anything, John just knows what I’m thinking.”

Along with her head-coach, Whitehead was quick in acknowledging the support of the Waverley Gymnastics Centre ahead of the Olympic Games.

“Waverley is a fantastic club and I could never fault them. The support they’ve showed me is amazing.” She said.

“The support everyone has shown from the beginning to now has been unreal. They care so much, not just about my gymnastics, but my life outside of gymnastics as well.

“I can’t thank everyone enough.”