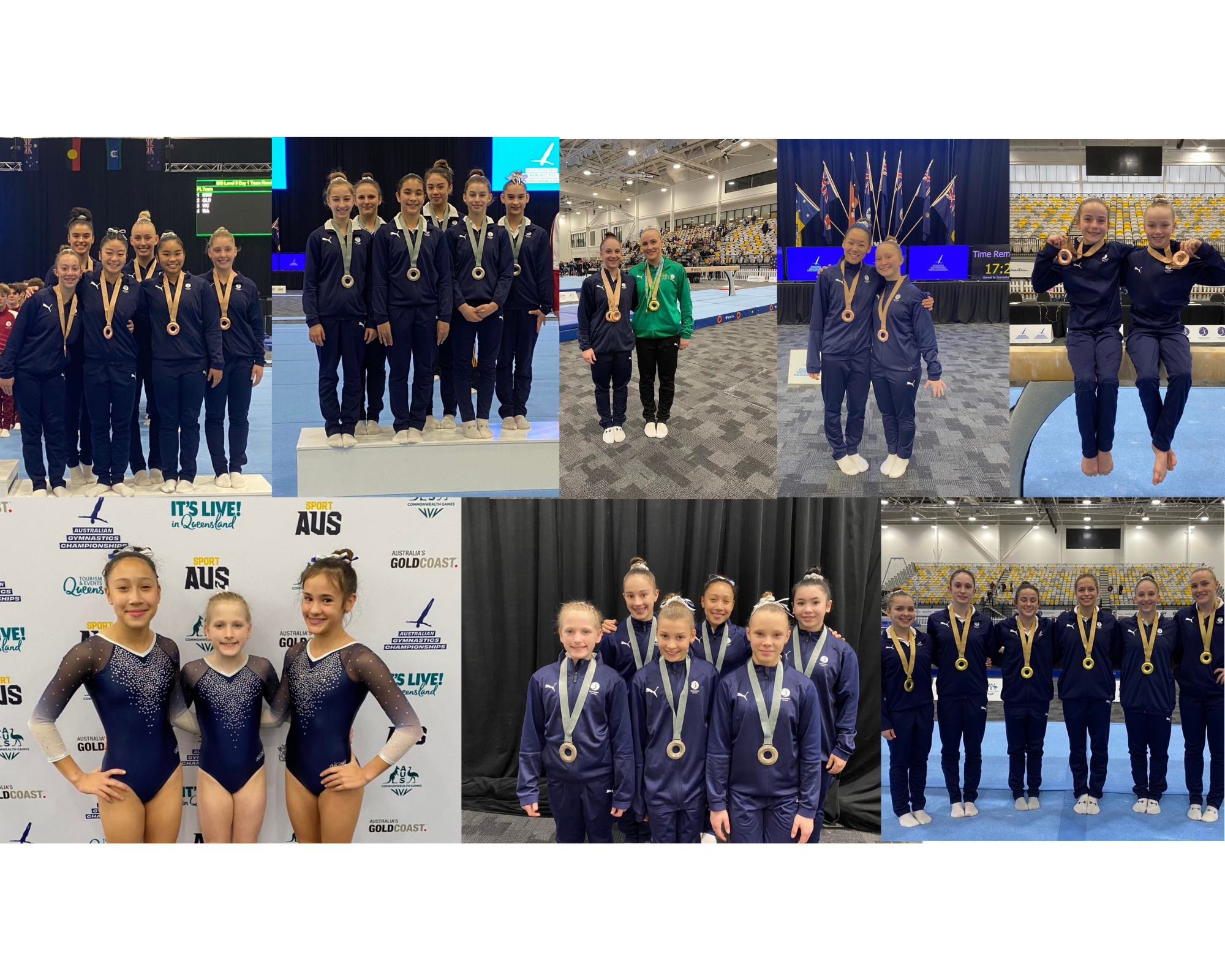 Congratulations to the 18 Waverley gymnasts who competed at the 2022 Australian Gymnastics Championships. Our gymnasts walked away with 6 Gold medals, 10 Silver medals and 12 Bronze medals! For some of our girls it was their very first Nationals and they were beyond fantastic with how they carried themselves. Congratulations to Waverley's Senior International athletes who competed for a spot on the 2022 Commonwealth Games Team! Selected athletes will be announced soon!

Emily Whitehead, Romi Brown and Chloe Saliaris competed individually and for the Victorian Team, where they were subsequently crowned the Australian Champions in the team event. Exceptional results were achieved on all four apparatus!

Emily Whitehead performed spectacularly and was crowned the Australian Champion for Floor with an elite score of 13.533. She was also a silver medalist in All-Around, where she was narrowly beaten by fellow Tokyo Olympian, Georgia Godwin.

Romi Brown also did an exceptional job at Nationals coming back in time from an injury. Romi is the new Australian Champion for Bars where she scored a 13.633. Romi was also the Bronze medalist for All-Around.

Miella Brown continued her great form from the DtB Pokal Cup and was crowned the Australian Champion in Bars. Miella was also the Silver medalist in All-Around, with exceptional performances in all apparatus.

Haylee Whitehead, Keira Woon and Chloe Kousis competed superbly in their respective competitions. Well done to Haylee and Keira who were both the recipients of the Team Silver Medal! Well done to Haylee who scored 8th in the All-Around with excellent performances across all apparatus and Keira Woon who placed 11th on floor. A special mention to Chloe Kousis who attended her first Nationals and had a great performance on bars!

All the girls performed outstanding routines within the hotly contested Level 10 competition with the gymnasts receiving the Team Bronze medal! Hanano Sakamoto received the Bronze individual medal with an amazing bars routine whilst Jessica Eland had consistent high scores on each apparatus, narrowly missing out on an individual medal in the All-Around placing 5th. Maddy Fenton also had a great competition with an excellent performance on beam, placing 10th.

Congratulations to both Jessie Kirk and Zhimei Ross on their performances at Nationals with both girls receiving a Team Bronze medal! Zhimei competed despite carrying an ankle injury and showcased a great floor routine on Day 1. Jessie Kirk progressed to the finals on Day 2 and had great performances on Vault (7th) and Beam (6th) to finish 14th in the All-Around.

Well done to Chloe Horgan and Alice Johnson who were both the recipients of the Team Bronze medal! This was the girls' first ever Nationals and they both performed fantastic routines despite the nerves! The Level 8 competition was also hotly contested with scores remaining very tight throughout the competition. Chloe did a fantastic job receiving the Bronze individual medal for the All-Around! Alice also had very strong routines on all apparatus, finishing 9th in the All-Around with strong performances particularly in floor and vault!